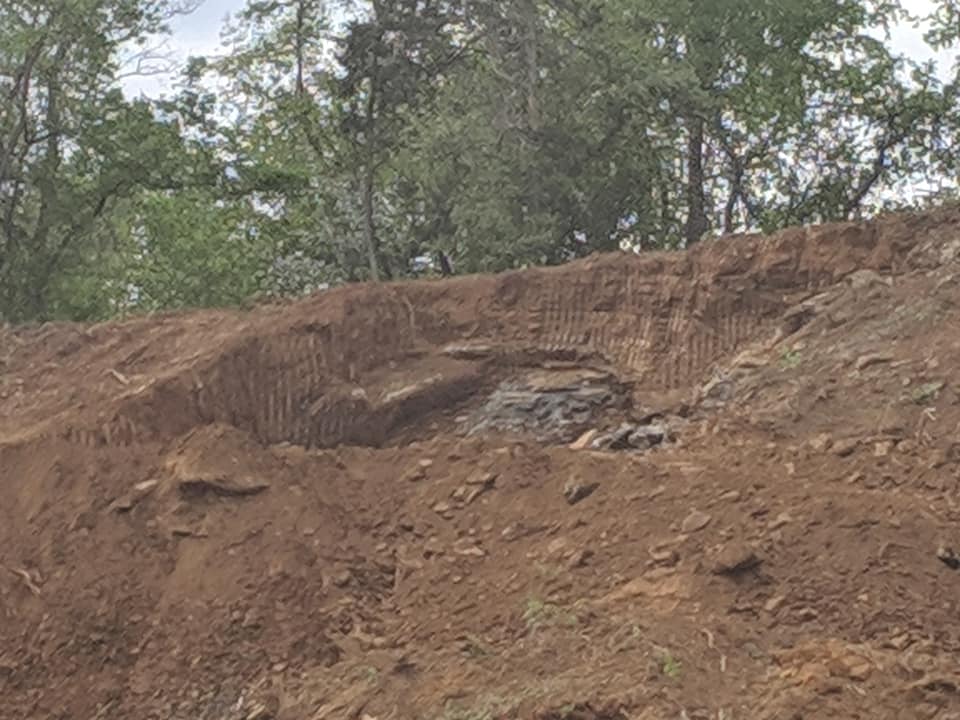 On Monday, April 22 (ironically, Earth Day), Boyd Hollow Resorts broke ground on two prototype dwelling units  at 7105  Sevierville Pike in South Knox County. At least one appears to be an “in-ground” dwelling, while the other could be a tree house.

According to an article on the WBIR TV website, the prototypes are intended to validate the project’s budget, and are not initially intended for occupancy. Indeed, there is no infrastructure at that locations for sewer service. The company states that they will be used to host charity functions this fall.

Building permits have been obtained for both units under the current Agricultural zoning, which allows for one dwelling per acre. A member of Keep the Urban Wilderness Peaceful obtained a copy of the permits. They are each for a two-story Single Family Dwelling, and note the required setbacks for Agriculturally-zoned properties. One building is 1250 sq. ft., with a basement, and an estimated value upon completion of $350,000. The other building is 600 sq. ft. with no basement, and an estimated value of $325,000.

Keep the Urban Wilderness Peaceful has been unable to verify if hydrology testing has been done as required by TDEC, or if any other environmental or waterway issues have been addressed. Wetlands have been identified on the parcel at 7107 Sevierville Pike, which means the Army Corps of Engineers must be involved in any development that may impact them.